This was a quick idea for a gift for Jen (a theme emerges). I wanted something cool that I could mail (physically) long-distance, so hatched a plan for a flat-pack 3D graph.

I wrote a perl script to take this function and turn it into two-dimensional slices and side-supports: 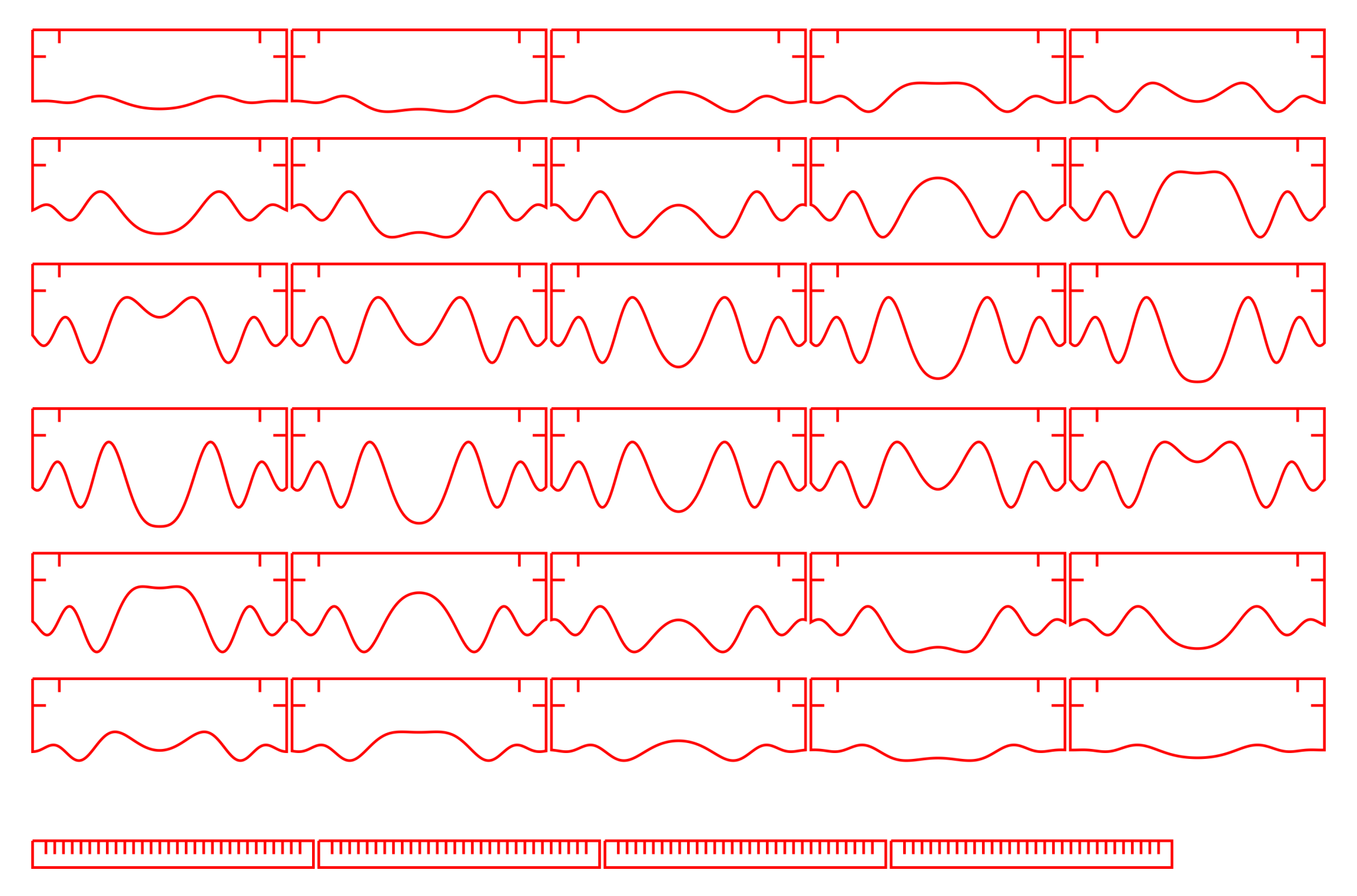 Then, I printed these patterns onto card and spent about a year with a scalpel, cutting them all out. Yes, I know. Yes. Laser cutters. Yes. There wasn’t such a thing, cheap and nearby when this was made. :-) 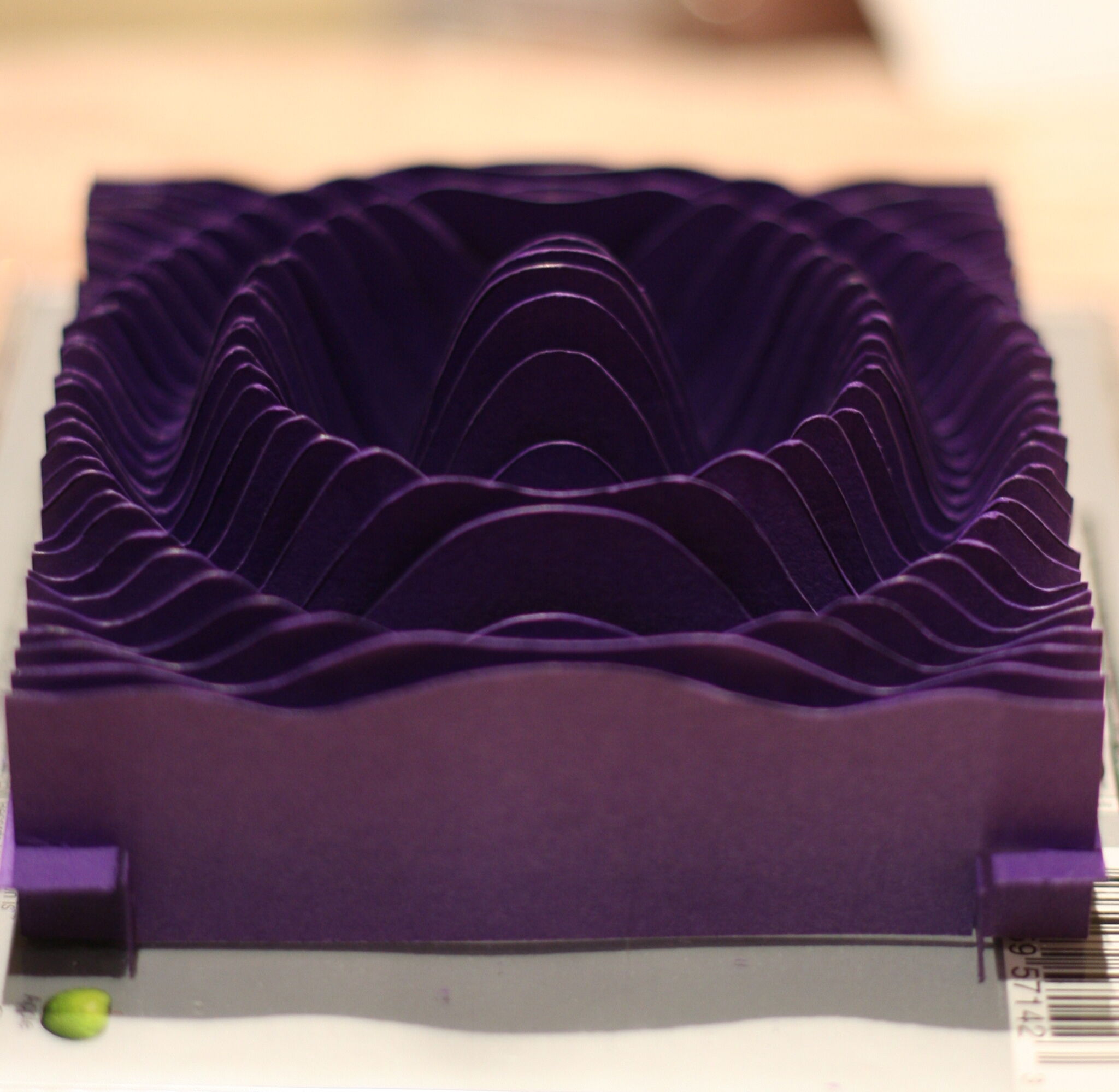 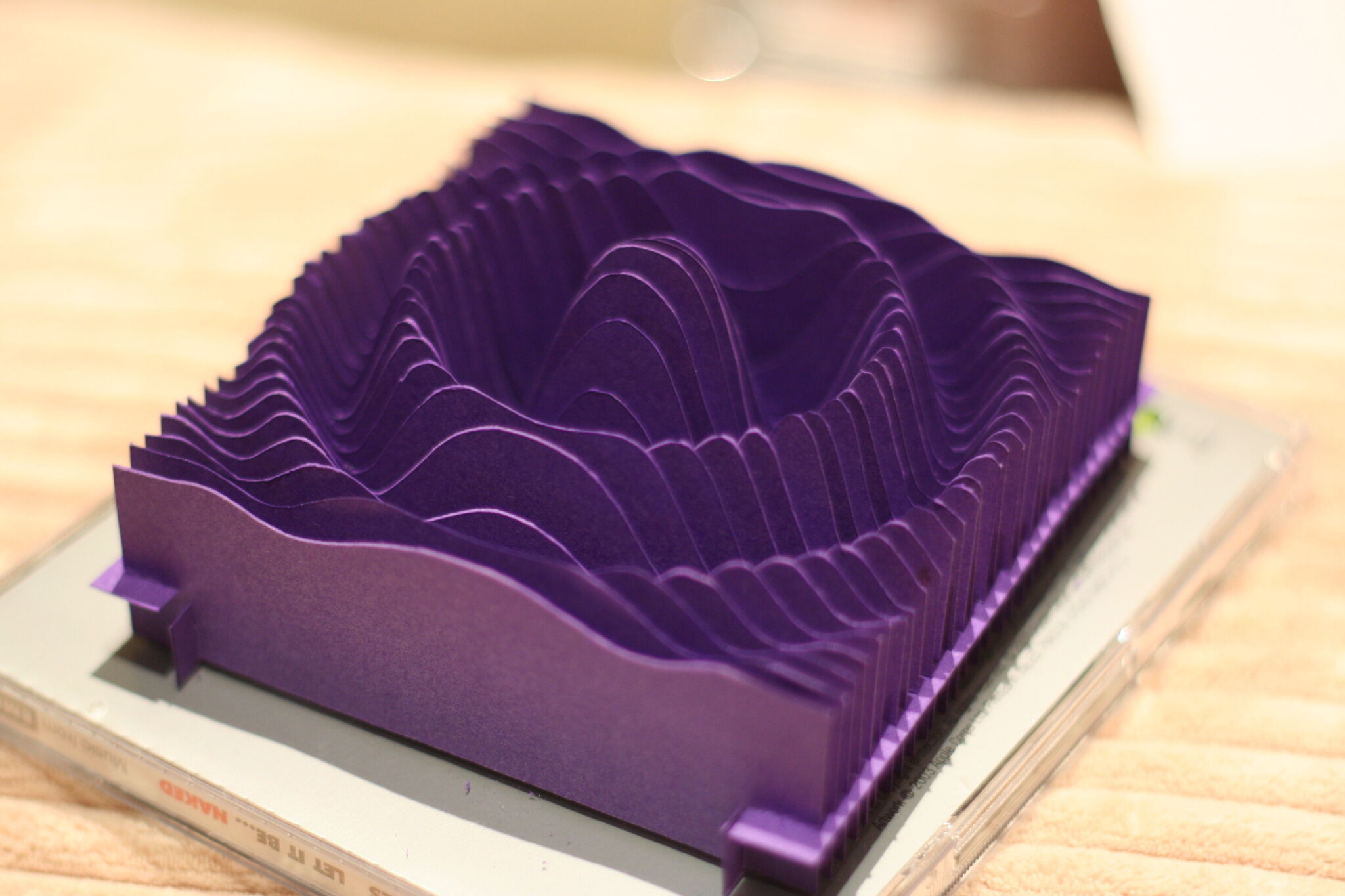 Then, I carefully took it apart, put it in an envelope and posted it off. It took a lot of swearing to re-assemble it at the other end, apparently.

The joy of Perl

The script is here: